The Future of the Chief Digital Officer

A recent report by Deloitte Digital titled, “The Rise of the Chief Digital Officer”, stated that by 2020, the CDO role will cease to exist. On face value, this seems like a short-lived tenure for the CDO role, especially given earlier predictions of its criticality in leading enterprise transformations and ultimately executing upon the corporate strategy. In fact, CDO roles doubled in 2013 with salaries ranging from $250,000 to $750,000, according to the CDO Club. Korn Ferry cited CDOs in the top three of most sought-after C-level positions in 2015. None of this is surprising, given that so many companies across multiple industries have been embarking on digital transformations led by the CDO role in recent years. So, what’s behind the claim that we ought to be mourning the CDO’s demise?

First, let’s examine the role of the Chief Digital Officer a bit more closely.  Depending on the company, titles may actually vary — CDOs may be called Chief Strategy, Customer Experience, Growth, Innovation, or Digital Marketing Officers and sometimes simply General Managers. Some might say the CDO is a “futurist” who predicts trends based on current market conditions and then works to assure that the business moves to react to those conditions. Others consider the CDO to be that executive who brings together various disciplines within an enterprise to reinvent the business, thereby creating a new competitive advantage. CDOs typically live in the intersection of technology application, customer experience, and corporate strategy. The CDO is not necessarily a technologist, a marketer, or an innovator but, in fact, embodies a combination of these disciplines. That is perhaps one of the reasons that CDO talent can be difficult to acquire.

To illustrate this unique synthesis of skills and knowledge, consider the following “real-life” profiles of three CDOs currently working in divergent industries in highly visible roles at prominent companies:

Companies in the financial services industry typically lead in technological advancements. This  CDO, working for a global credit provider, is charged with “leading business transformation initiatives, developing and implementing strategic technology plans, as well as business process and organizational design”, as described n his LinkedIn profile. When asked what makes his role unique, he describes himself as a leader who can serve as a translator between the business and technology realms. Ironically, he started his career in learning and development at a manufacturing company with a bachelor’s degree in English — not exactly the traditional technology training one might expect of a CDO. Along the way, he picked up technology by first volunteering to manage websites, then managing custom application development projects. Eventually, he entered the credit services business, first reporting to the CMO, then later to the COO. The uniqueness of his background was, in fact, his innate ability to facilitate collaboration across various disciplines within an organization and with its external business partners. Certainly, the ability to translate business to technology language and vice versa is critical but, in this case, it points to a capability far greater than that.  This CDO is also able to envision the possibilities and identify new channels for the credit business. In one example, he led the ideation, development and implementation of a mobile app in collaboration with a gas station chain to streamline the credit card application process for consumers. He regularly works with the business, the IT team, and digital marketing agencies to bring products to market, making him and his team a catalyst for growth.

Business-to-consumer is another market where digital transformation can make the difference between success and failure for the enterprise. In the consumer goods industry, gaining the wallet-share and mindshare of the consumer is crucial to maintaining relevance. Our next CDO is leading the global digital marketing and customer experience efforts to enable his company’s next-generation growth initiatives. Like the financial services CDO profiled above, this individual also did not start his career with a technology education or background. He earned a bachelor’s degree in politics and an MBA with a concentration in marketing. As yet another example of someone with hybrid talent, he combines marketing, technology, and leadership skills. Having managed three of the top brands in the world, this individual is now entrusted with “precision marketing” through data analytics for this consumer goods company. Understanding consumer preferences and behaviors to leverage non-traditional marketing methods is his specialization.  He has managed P/Ls and established high-performing, cross-functional teams, always with an eye into the future. Reporting to the Chief Growth Officer, he is charged with thinking of innovative ways to “woo” consumers to buy their brands. He is an expert in navigating between creatives, technologists and business leads. With a focus on “potential”, he builds a “hybrid” team by recruiting for skills and passion for the work, versus previous job titles, or departments. For him, the ideal members of his digital team come from diverse backgrounds and disciplines.

Bottle and package manufacturing is probably not the first thing one thinks of when it comes to digital transformation. But, for this CDO, he is doing just that for the second time in his career. With a bachelor’s degree in communications and journalism and an MBA from one of the top business schools in the nation, he has spent most of his career running divisions of businesses and owning P/Ls.  His responsibilities have always centered on “growth engine” divisions focused on electronic commerce. He is known for creating a culture that promotes creativity, agility and innovation. Collaboration and teamwork are values he promotes in the cultures he builds and, justifiably, the previous organization he led was voted one of the top workplaces in 2016. The secret sauce for this CDO is maintaining a fast-paced culture more likely to be found at a startup than a manufacturer.

What’s Next for the CDO?

Stating that the CDO role is dead may be somewhat defensible — but only because the role is dramatically changing. In a 2015 article by McKinsey & Company titled, “Transformer in Chief: The New Chief Digital Officer”, the authors indicated that 80% of the CDO’s time is spent on building relationships. They are innovators and disruptors who can lead the organization through transformation. That is certainly the case for our three CDOs. They are not afraid to take risks, mobilize a team from cross functional disciplines, and usher growth for the business.

While examining these characteristics of CDOs, it’s certainly not a stretch to compare them to the attributes of a successful CEO. The comparison is supported by, among other studies, a 2016 survey conducted by PwC which reveals the extent to which CEOs are beginning to champion digital transformation for their companies. Grant Duncan, Digital Practice Lead for Spencer Stuart, sees similarities between CDOs and CEOs, predicting that a successful CDO could work him or herself out of that job and into the CEO slot. In 2013, in fact, seven CDOs became CEOs, according to David Mathison of the CDO Club. So, if you’re wondering what happened to the CDO, visit the CEO’s office and you may just discover there is a new captain at the helm of the enterprise. 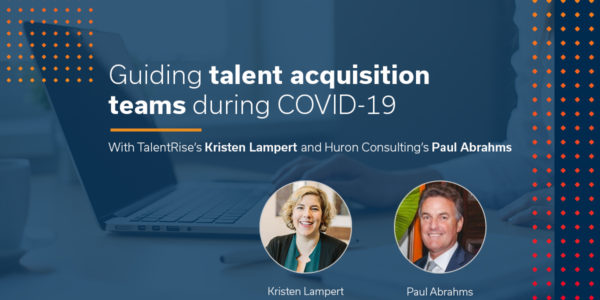 Every industry in America has faced disruptions and challenges due to COVID-19. The world of talent acquisition is no different. Talent acquisition leaders have been forced to adapt their management styles to meet the needs of employees during this time. To conquer the struggles of the work-from-home environment, we recently hosted a webinar to provide […]
Continue reading 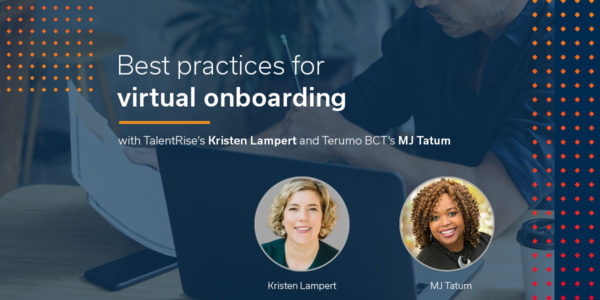 In a COVID-19 world, most new employees will have to be onboarded virtually. This presents a host of challenges, as many onboarding activities, such as orientation, training, and drug screenings, are normally done in person. To overcome these difficulties, we recently hosted a webinar to discuss virtual onboarding best practices that will help companies keep […]
Continue reading 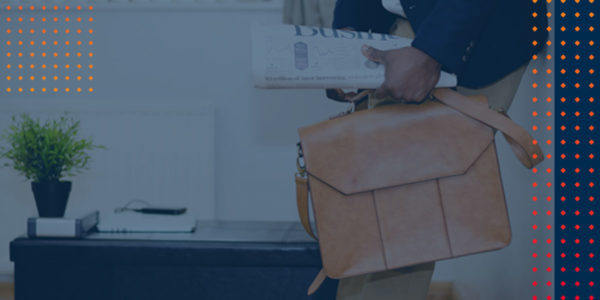 At TalentRise, we understand that the COVID-19 situation is a dire one. In the face of such a difficult time for so many people around the world, we remain committed to help as many people as possible. For us, that means doing what we do best: helping leaders overcome challenges and elevate their business performance. […]
Continue reading
Load More