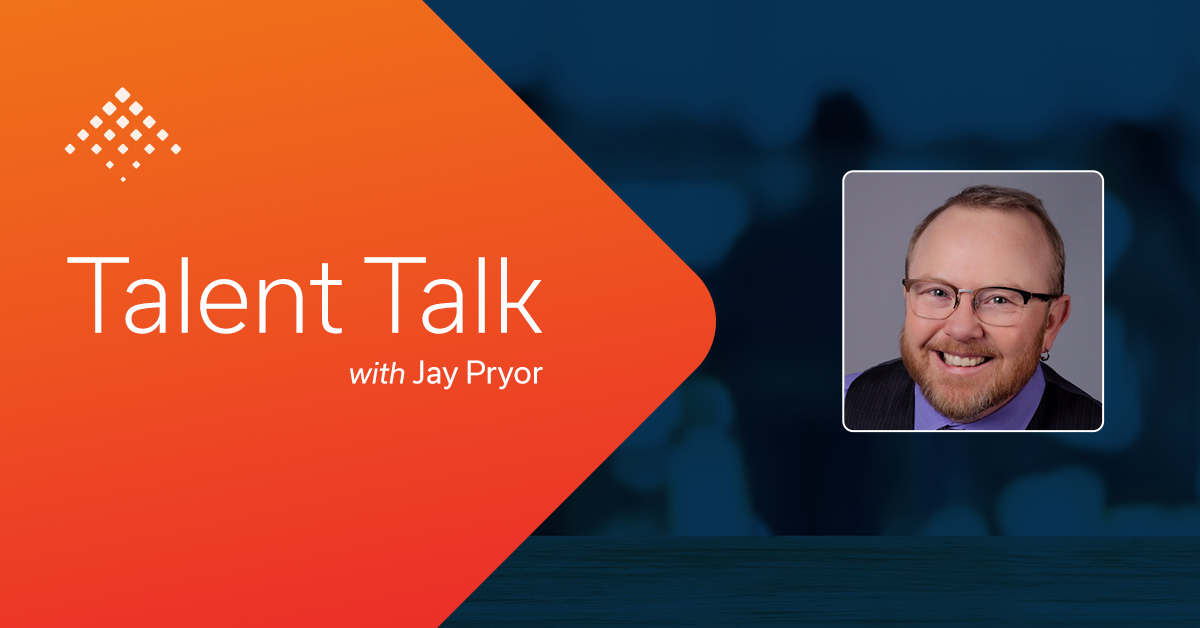 Gender Nonconformity in the Workplace: Understanding the “Why” Behind the “They”

The notion of gender nonconformity has become one of the most sensitive and misunderstood subjects not just in the workplace, but in our collective society. In today’s world, many people shy away from discussing “taboo” topics like sexual orientation and gender identity for fear of saying or doing the wrong thing. This is especially true in the workforce—for employers and employees alike.

As many are unfamiliar and uneducated with the nuances behind gender nonconformity in the workplace, I felt compelled to bring clarity to this delicate topic. That’s why I invited Jay Pryor, Chief Diversity Officer at Sugar Ink, to take part in this latest edition of our Talent Talk series. A transgender and gender-nonconforming advocate who identifies as “they,” Jay is an educator for inclusivity and gender consciousness. They offered the following tips to HR and business leaders on how to develop plans that foster a greater sense of inclusion and belonging for all employees.  View the full-length interview on our TalentRise YouTube page!

Learn How to Drive an Improved Workplace Culture.

What is gender nonconformity?

The concept of gender nonconformity denotes a person whose behavior or appearance does not align with prevailing cultural and social expectations about what is appropriate to their gender. Examples of gender nonconformity include women wearing ties or men serving as stay-at-home dads. While societal gender norms indicate that ties are to be worn by men and women are to care for children, gender nonconformists know that living out these gender norms is an impossible task. They believe that these socially constructed standards and unwritten rules are meant to be broken.

An added emphasis on diversity, equity, and inclusion

Businesses from around the world are placing a greater priority on initiatives that promote diversity, equity, and inclusion (DEI) within their organizations. As the concept of gender nonconformity in the workplace continues to evolve, Jay believes that companies must follow suit and implement a plan that is suitable for all employees—regardless of gender expression or identity.

“People have this notion that their gender is dictated by your genitals—and that’s simply not the case,” commented Jay. “Some of your employees will identify as nonbinary and use they/them pronouns. These people don’t want to be put in a ‘pink’ or a ‘blue’ box. I think the workplace should be freeing everyone up around their gender expression.”

It’s evident that incorporating they/them pronouns into one’s everyday vernacular will prove to be a challenge. However, due to the evolution in our culture, people need to show a willingness to take our base language and modify or “ungender” it. While incorporating they/them pronouns into languages like French—which are heavily reliant on masculine or feminine tenses—might be a struggle, Jay thinks that we all can start making a difference on a smaller scale.

“Phrases like ‘ladies and gentlemen’… there should be no reason why we can’t shift away from these sayings because they aren’t inclusive of people like me,” said Jay. “People have to be willing to make mistakes when using they/them pronouns for the first time. But by starting this dialogue and working to ungender language in the workplace, we can include all people and help them feel like they belong.”

When evaluating employers’ efforts to be inclusive of the LGBTQIA community, there seems to be a faction of employees that are unsure of how to approach a coworker that identifies as trans or nonbinary because they’re fearful of doing or saying the wrong thing. Due to this hesitancy, these workers choose to ignore or exclude their trans or nonbinary colleagues, rather than running the risk of “slipping up” in conversation. In Jay’s eyes, embracing the initial growing pains is all part of the process.

“Just like anything new, using they/them pronouns will probably feel awkward at first,” concluded Jay. “But just like riding a bike or playing an instrument, you need to train yourself. Be willing to push through the uncomfortableness and giving this person a chance to thrive in your culture. Everyone wants to be affirmed—so we all should make a conscious effort to affirm our trans and nonbinary colleagues.”

Coming from the top

Similar to other large-scale change initiatives that organizations attempt to implement, support must come from the top-down. According to Jay, executive involvement is critical to rolling out a successful program on gender nonconformity and utilizing they/them pronouns in the workplace. Companies must get their CEOs and leadership teams on board, which will trickle down to all aspects of their organization.

“Getting the CEO involved in these efforts is what will ultimately lead to change in this area,” they said. “HR leaders can work with their executive teams to find a way to approach this topic that feels good and provides valuable education for their employees. About 25% of 18-to-34 year-olds identify as LGBTQIA today—and 13% of that group recognize themselves as gender nonconforming. Helping these people feel included in your company isn’t just the right thing to do—it could serve as an effective talent attraction strategy, as well.”

After growing up as a transgender nonbinary person in the Midwest, Jay’s childhood was a constant struggle where they often felt afraid to showcase their authentic self. That’s why Jay has such a passion for sharing their story, knowing that they can change the lives of America’s youth by helping children to feel more comfortable in their own skin. In Jay’s eyes, conversations such as this one are integral to creating not just a more positive workplace culture, but changing societal norms.

“Did you know that suicide ideation can be decreased by up to 50% when calling trans or nonbinary youth by the right pronoun?” asked Jay. “Make these people feel welcomed. To be a nation—and a world—that includes all people that God made, we need to be more receptive to ideas that may be different from our own.” To discover more about our featured Talent Talk contributor, Jay Pryor, connect with them on LinkedIn. You can also visit their website here.

View the entire interview with Jay on our TalentRise Youtube page! 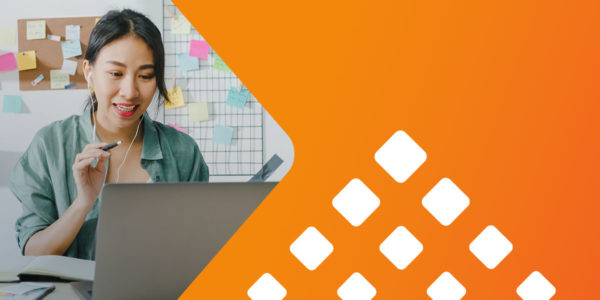 TechWeek 2022: Carl Kutsmode on the Future of Remote Work

“The name of the game is flexibility,” said Carl Kutsmode, Senior Vice President at Talentrise, who sat down with Ruth Macleod, New Zealand Trade Commissioner to San Francisco, to tackle the nature of remote work since the coronavirus pandemic. Kutsmode discusses how the pandemic has changed the workforce, likely for good. Additionally, his unique perspective […]
Continue reading 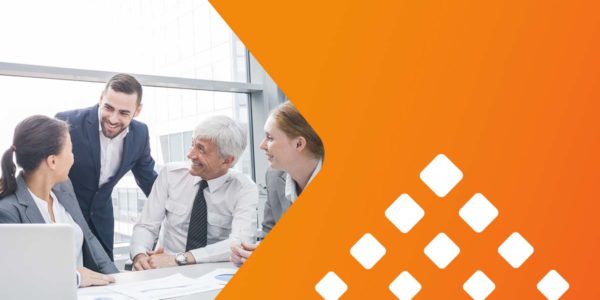 Getting to Know The New C-Suite (with Carl Kutsmode)

Carl Kutsmode is the Senior Vice President of Talent Consulting & Executive Search at TalentRise. He’s also just a really good dude, plain and simple. So when our team asked Carl for his takes on the evolution of the C-suite in today’s talent landscape, we knew we’d in for a treat. True to fashion, Carl […]
Continue reading 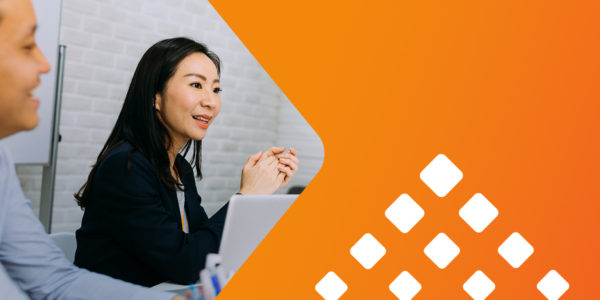 Women and Barriers to Leadership

by Pete Petrella
On March 8th, we celebrated International Women’s Day—a day set aside to celebrate women’s achievements, raise awareness against bias, and take action for equality. While we have made great strides in placing women in leadership positions, they still experience challenges that men don’t while attempting to advance their careers in companies, on boards, and in […]
Continue reading
Load More